Our mission is to help socially conscious brands have more impact

Socially-conscious brands realize their impact on the world around them—and are bold enough to try and shape it for the better. These are the businesses of the future.

Every organisation is attached to an ecosystem of businesses, communities, and nature. Brands that think about that impact on every part of the equation—and communicate their response effectively—are vital to helping us face the world's mounting challenges.

We give these new rule-setters the tools to tell their stories in ways that move people. A lot of people. In the modern-day a company can be anything, but it can’t be everything. Which is why being socially-conscious doesn’t demand perfection, it means starting a journey—and sharing that journey to inspire others to start theirs.

Just like many of our customers, we are committed to making a positive impact on the world.

What we find important

We want to create a workplace where everyone, no matter who they are, feels like they belong. Here are some of the steps we have taken to make our team more diverse, and our culture more inclusive.

Read about our journey to hire more diversely and read about diversity in the workplace in our magazine Unfold.

Without a balanced world, we simply won’t survive. Climate change is nothing new, but its toll is more visible with each passing day. The era of “business as usual” is over. The next decade will be definitive not just for the survival of our organisations, but of our entire planet.

pr.co is trying to mitigate its environmental impact. Our team is largely vegetarian and we are now fully remote. Even as we find new ways to become more sustainable, like having an efficient code base or having energy-efficient homes, we know that this is not yet enough. We want to give environmental issues an effective podium to create the most impact, so we’ve chosen to offer our newsroom solution to NGO’s at the lowest cost we can sustainably offer it at.

We see ourselves as part of many communities, locally, in our industry, and in the world. We want to take on our responsibility to give back to the communities that support us. That's why Stefan supports early-stage startup founders, Padraig mentored female UX talent, and Sjors hosts events for the local PR community.

Modern communication is not just about storytelling, it’s about story-doing. We feel that without concrete action, communication is meaningless. Our newsrooms help organisations showcase the concrete steps they have taken to create a future-facing, socially-conscious brand.

We are humbled to see so many brands use pr.co to share their journey.

The future is not a solo act. We believe that by crowd-sourcing the knowledge we have in our professional community, we become better communicators, create more aha-moments, and give each other the courage needed to do great work.

An online magazine with interviews and articles from seasoned PR people about the future communication, what the role means, and how to do it right.
. 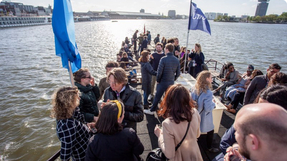 Realising that there were not many physical events for people in PR, we started organizing boat rides for our local PR pros and partnered up with PRLab to create meetups and breakfasts to strengthen the local PR community.

A blog with instructional pieces on how to be an effective communicator, based on helpful tips from some of PR’s movers and shakers.

Harness the power of human relationships

We believe the ‘relations’ part in public relations is non-negotiable. Human relationships are at the core of public relations, and are well worth the time they take to build. Using shortcuts like commercial newswires are bad for your brand. But taking the time to do research on journalists who are a good fit, and respecting the human behind a computer screen, is a key deciding factor between your story being canned or published.

This is why we have created a CRM that helps you curate lists of real people, and have worked with journalists to build a newsroom solution that makes them feel respected and helps them do their work. Our customers regularly report that since ditching the spam and spin, they have increased their Inbound PR, meaning more journalists now come to them directly for a story than the other way round.

More about Relationships on our blog & Unfold 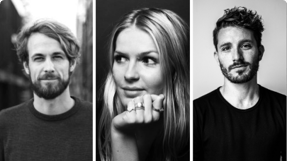 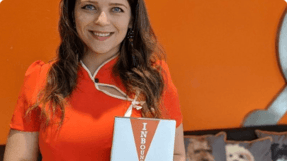 How to do media relations the inbound way Read blog post

We are a warm, vibrant team with big ambitions. Get to know who we are. 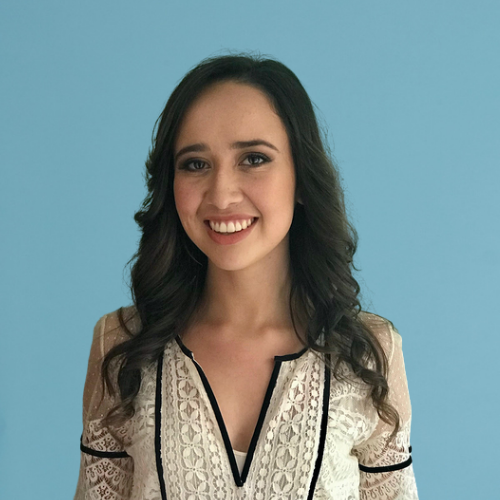 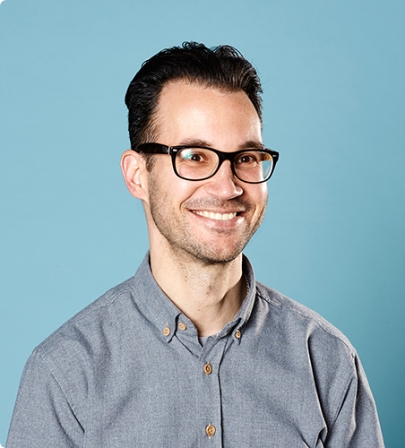 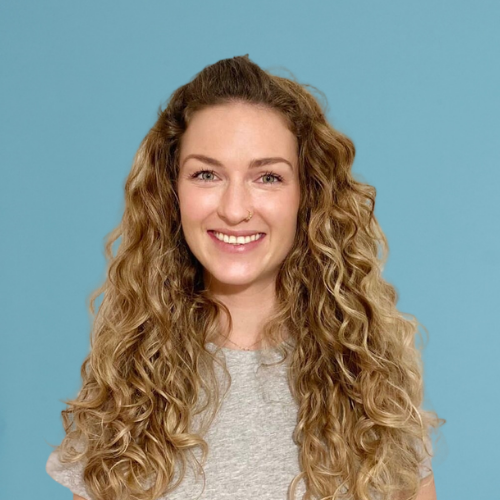 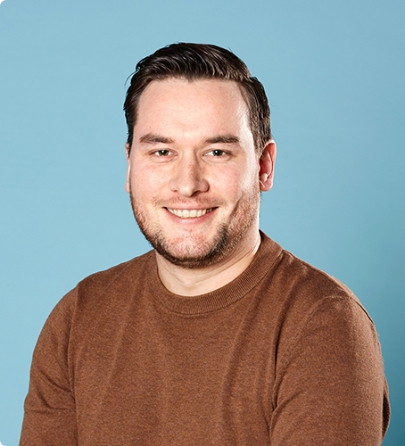 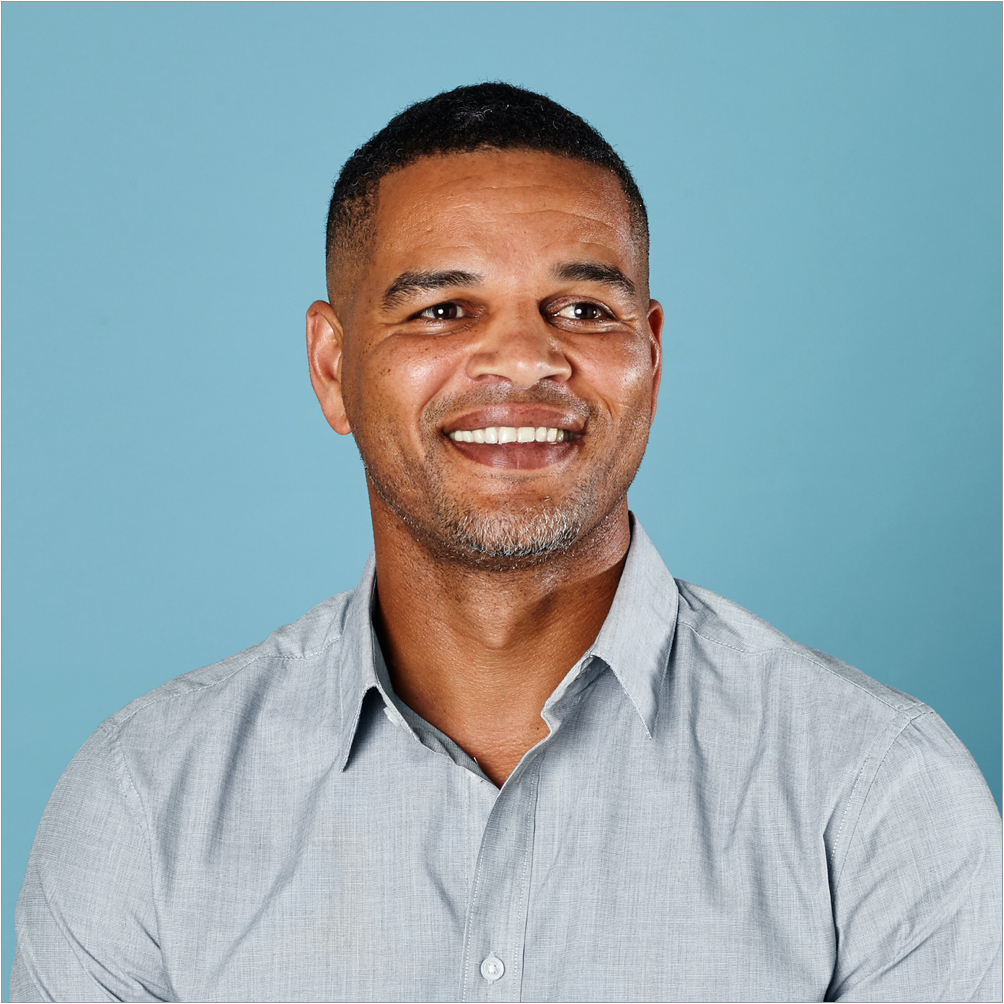 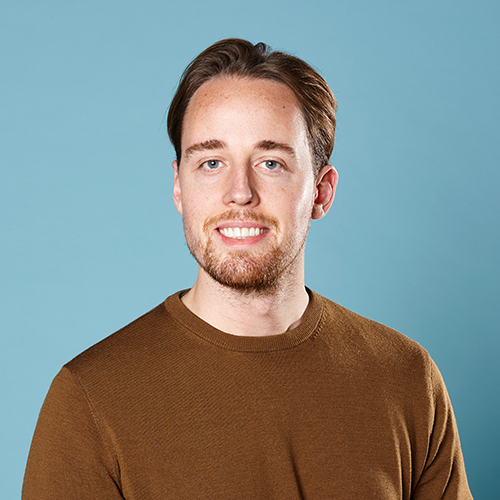 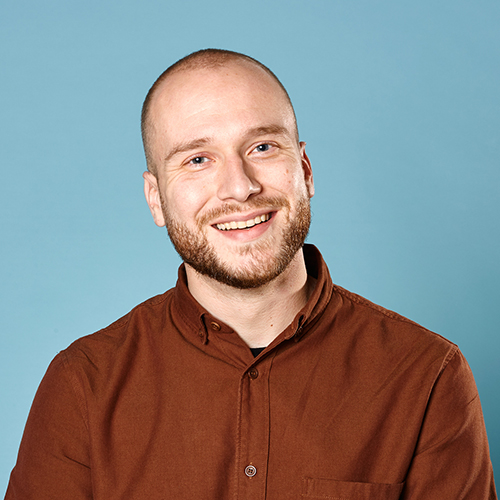 Ana is so charming that she once proposed to notorious grump Morrisey at a concert, and he accepted. Having rejected a callback from Disney as a preteen, Ana instead chose to channel that insatiable energy into a career in communications. With a BA in her native country Ecuador and a MA in Corporate Communication Science a the University of Amsterdam, she recently joined the pr.co team as content marketer.

As the most punctual member of the team, Dominic once turned up at a conference a year early. Dom also showed up in the Netherlands for what he thought was a brief sojourn—and accidentally stayed for ten years. Since then, he has started two companies, sold one, DAN.COM, and became freakishly good at summoning the matrix on his comically large computer screen. Nowadays he spends his time at pr.co wearing multiple hats—from software and DevOps engineer to project manager—and doing it with panache. We all know because we have seen it, on his enormous screen.

Naomi once ate a kilo of ice cream to bring home the trophy of her local ice cream eating competition. She’s that sweet. It’s only natural she found her calling in customer service. We put Customer Happiness Manager in her employment contract, because.. well.. you’ll see! When she’s not solving problems and making everyone’s life easier, you’ll catch her beating everyone at card games, cooking up something ridiculously spicy, or playing the sax.

Jeroen once visited every street on the Monopoly board in one day. Suffice to say, his mum didn’t raise a quitter. Unsurprisingly, he’s the only member of pr.co who has been here since the beginning. Besides co-founding pr.co, Jeroen has started several startups, teaching himself how to code at just 19 years old. Like the penknife of startups, Jeroen really can do everything— from coding, to legal work, to sales, to support, to radiating zen. As CTO he acts as both the voice of reason and, indisputably, the voice of best puns. Besides co-founding pr.co, Jeroen has started several startups, his first launched at just 19 years old.

Nelson is our resident go-getter. As our Senior Account Executive, he has over 15 years experience in software solutions for PR and communications teams. Curious about people and cultures, Nelson speaks 5 languages. Naturally, his dream superpower is teleportation. His perfect day would start in Machu Piccu, followed by Santiago Bernabéu stadium to watch a Real Madrid match, ending with an evening at a Tiny Desk concert. In his spare time Nelson can be found kickboxing or hitting the town with his three daughters, like Charlie’s angels.

Padraig once pitched an app to the King of the Netherlands—earning him a regal fistbump and a prestigious award. In his spare time, he runs the non-profit AMSxTech, organisers of 2017 AMSxTech conference, and also mentors promising UX talent for Ladies that UX. With 10+ years of experience in design research, prototyping, and digital design, Paddy has created user-centric design experiences for a wide range of companies. As Head of Design, Paddy is responsible for both product and brand design, and has designed hundreds of bespoke newsrooms. He also holds the position as pr.co’s unofficial security guard due to his kickboxing abilities.

Sjors has ridden his bike on every single cycling path the Netherlands has to offer, so he moved to Lisbon to discover new roads. Having crossed the finish line of multiple triathlons, he has recently discovered adventure cycling: racing his bike for very long distances through some of the most beautiful areas on earth. After three years of sales at pr.co, he switched to his main passion: marketing. An active member of the PR community, Sjors also organises PRLab meetups and breakfasts in his spare time. With an MSC in persuasive communication, Sjors has somehow convinced other members of the team start riding too. God, he’s good. 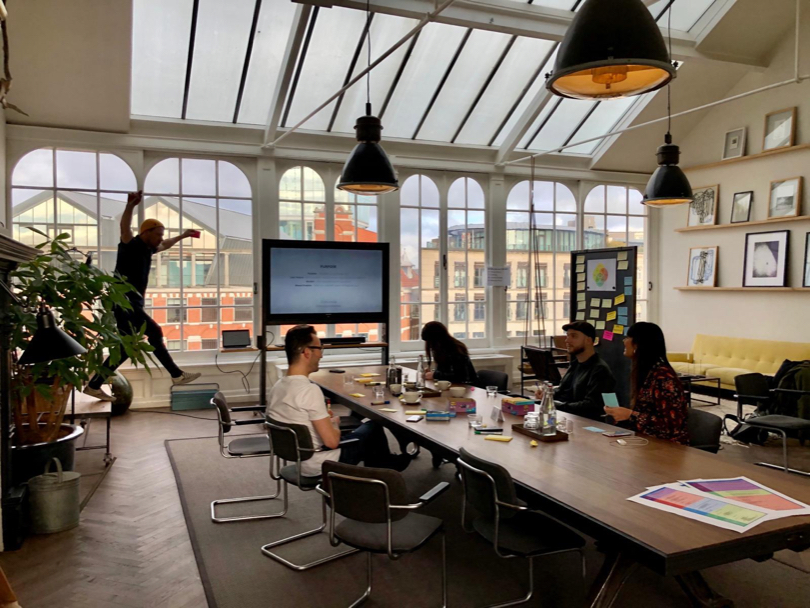 Are you tech-savvy? Do you strive to get the best out of yourself and others? We’re a tight-knit team helping brands make more impact with our software and services. We work hard to focus on the right problems and to turn these into meaningful solutions. If this excites you, get in touch. View our openings